You are here: Home / News / The State of Big Data 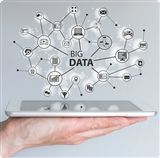 The 2015 edition of Gartner’s conversation-provoking “Hype Cycle for Emerging Technologies.” Big Data was poised to tumble into the Disillusion, when early interest wanes and vendors either step up and deliver or drop out.
But Big Data was nowhere on the curve because it’s gone mainstream. “It’s not special today,” says Gartner “It’s just the way business is done.”
Big Data is characterizing the mounting corpus of digital data generated through and about human behavior.

Look Ahead for Big Data

There’s Big Data, and then there’s the ability to use it to solve problems.

The focus has traditionally been transactional security, but now it’s about the analytical audit trail: the journey of the data, what was done with it, and by whom.
source: econtentmag.com/Articles/Editorial/Feature/The-State-of-Big-Data-108666.htm