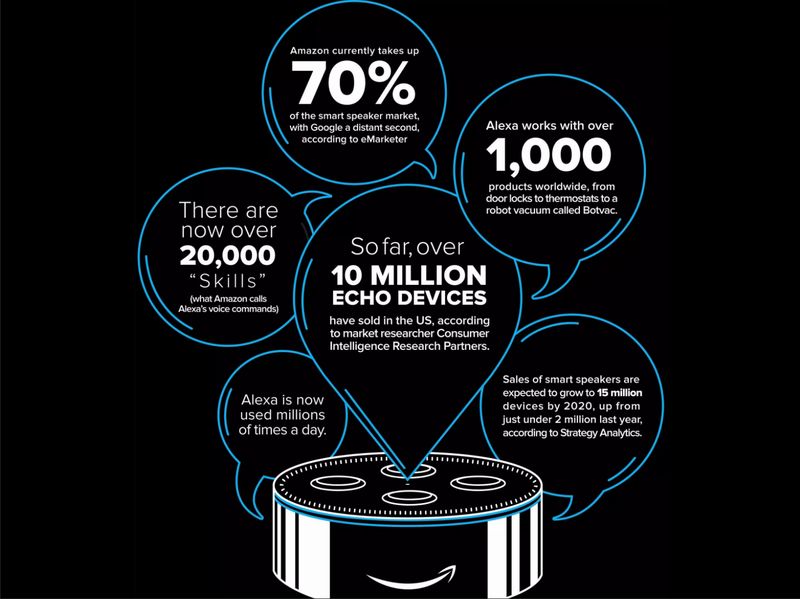 Amazon’s voice assistant has wormed herself into our lives, and into much of the culture beyond,
When Amazon unveiled Alexa three and a half years ago, it was roundly jeered. Now, against all expectations, even though she’s sometimes unpredictable and unpolished, Alexa is here to stay. And that may be underplaying it; people in tech have recently begun to talk about Alexa as being more than just part of a hit gadget.
Alexa is spreading so quickly that even Amazon can’t keep track of it. Mr. Limp said that as he wandered the floor at the CES electronics trade show in Las Vegas this year, even he was surprised by the number of different Alexa devices.
See video http://fortune.com/video/2017/12/01/amazons-alexa-is-ready-for-the-office/
Amazon’s Alexa voice assistant is part of Echo smart speakers like this one, but it is also a piece of software that other device makers can put into their products.
There’s a lot of money in the voice game. For Amazon, Alexa’s rise could lead to billions of dollars in additional sales to its store, Mark Mahaney, an analyst at RBC Capital Markets, predicted recently. Amazon is thus not the only company chasing the dream of everywhere voice computing.
Google, which is alive to the worry that Alexa will outpace it in the assistant game, is also offering its Google Assistant to other device makers. Though Amazon remains the leader in the business, there’s some evidence that Google’s devices gained market share over the holidays. (Apple, which just released a $349 smart speaker, HomePod, does not seem to be aiming for voice ubiquity.)
The emerging platform war between Amazon and Google could lead to fallout for users. But their platforms can also play together. Amazon’s and Google’s relationships with third-party companies are nonexclusive, which means that hardware makers are free to add both Alexa and Google Assistant to their products. Sonos, for instance, now integrates with Alexa, and is planning to add Google Assistant soon.
This is not the best outcome for the future; it would be better for all of us if the next computing platform didn’t come from one of the current tech giants, and if start-ups didn’t have to rely on Amazon or Google for this key piece of tech.
A Cornell University study called “Alexa is my new BFF” proves the point. Researchers analyzed 587 customer reviews of the Amazon Echo smart speaker, powered by the Alexa voice assistant. They found that the more we personify the Pringles-can-shaped gizmo — using words like “Alexa” and “her” instead of “Echo” and “it” — the more satisfied we are with the device (I mean “her”). 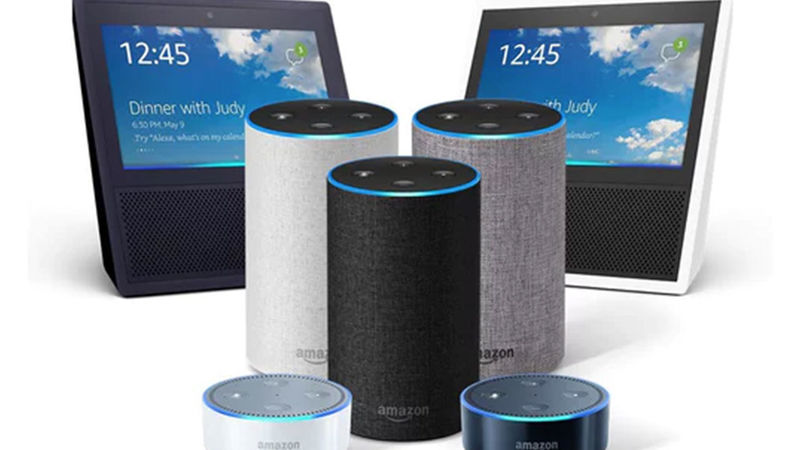 Sitting in a sunlit conference room in Seattle last month on the eighth floor of Amazon’s new black-glass highrise called Day 1, I mention the report to Heather Zorn, director of customer experience and engagement for the Alexa team. She isn’t surprised by the findings; she’s been reading the reviews, too.
“We’ve really done more in the personality space based off of customer demand,” says Zorn, a friendly, bookish woman with a quirky streak. “We saw some customers sort of leaning in and wanting more of a jokes experience, or wanting more Easter eggs or wanting a response when you said ‘Alexa, I love you.’”
must also read