A majority of U.S. adults – 62% – get news on social media, and 18% do so often, according to a new survey by Pew Research Center, But which social media sites have the largest portion of users getting news there? How many get news on multiple social media sites? And to what degree are these news consumers seeking online news out versus happening upon it while doing other things? 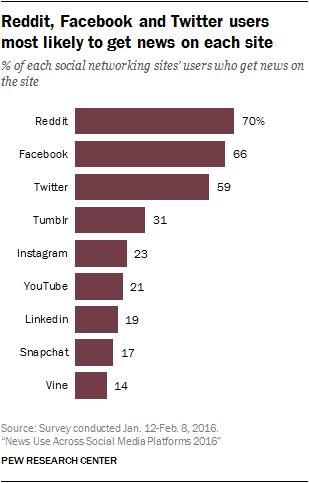 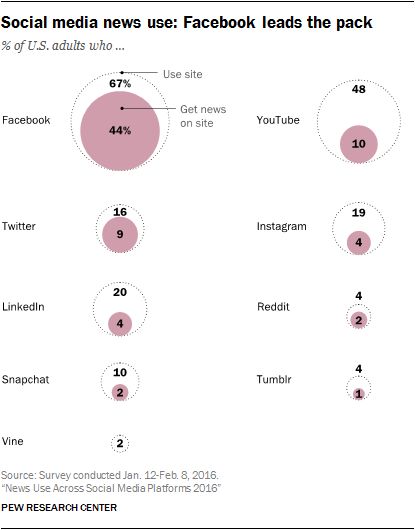 The audience overlap
To what extent do the various news audiences on social media overlap? Of those who get news on at least one of the sites, a majority (64%) get news on just one – most commonly Facebook. About a quarter (26%) get news on two of those sites. Just one-in-ten get news on three or more. 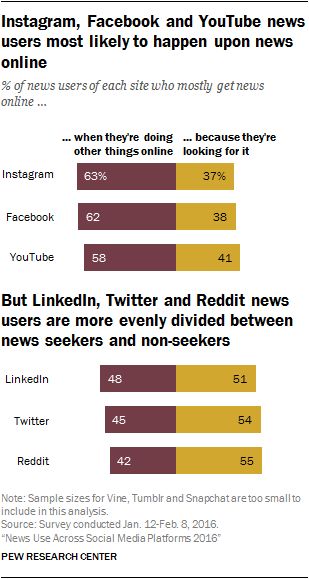 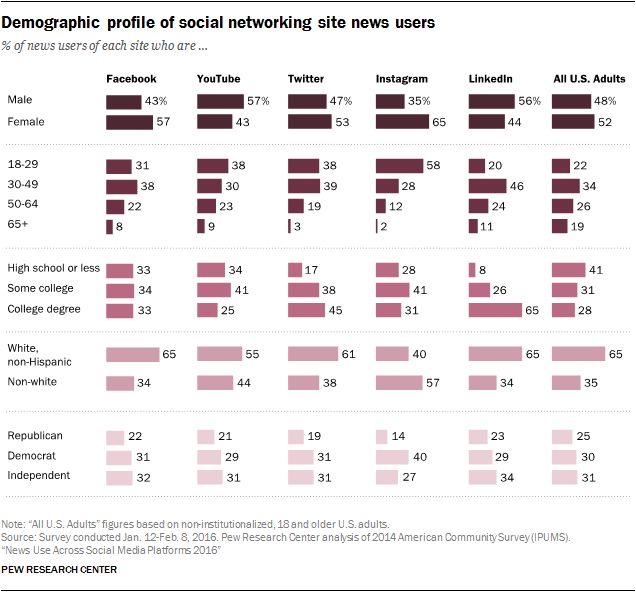 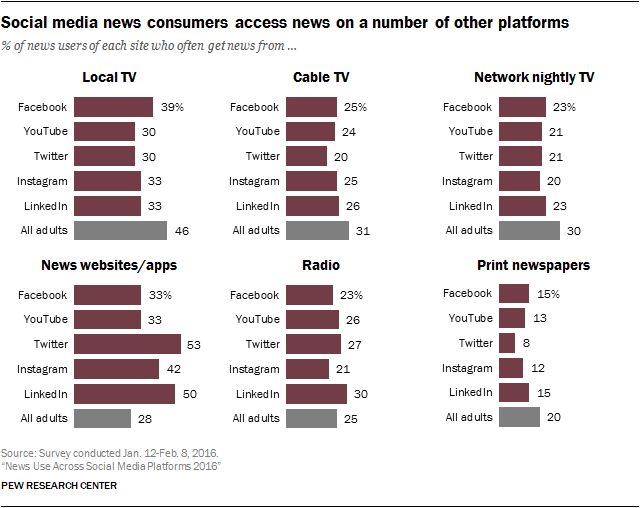 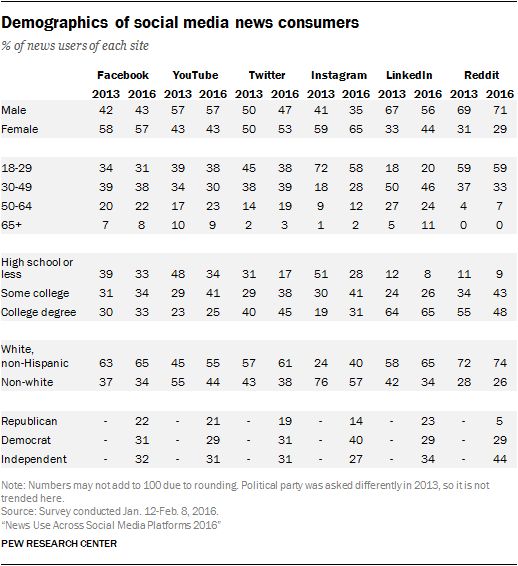 Digital readership data and what it can tell us
One of the less high-profile benefits of the news media’s move to online content is the fact that it has provided media researchers with an important tool: Readers now leave a digital footprint, meaning that researchers no longer need to rely only on a reader’s self-reports of what they saw, heard or read that day.
These data include measures for unique visitors, sessions with an article and complete interactions with a given article.
Sources Jeffrey Gottfried and Elisa Shearer